V.S. Subrahmanian Co-authors New Book on the Use of Computer Analysis Techniques to Prevent Terrorist Attacks 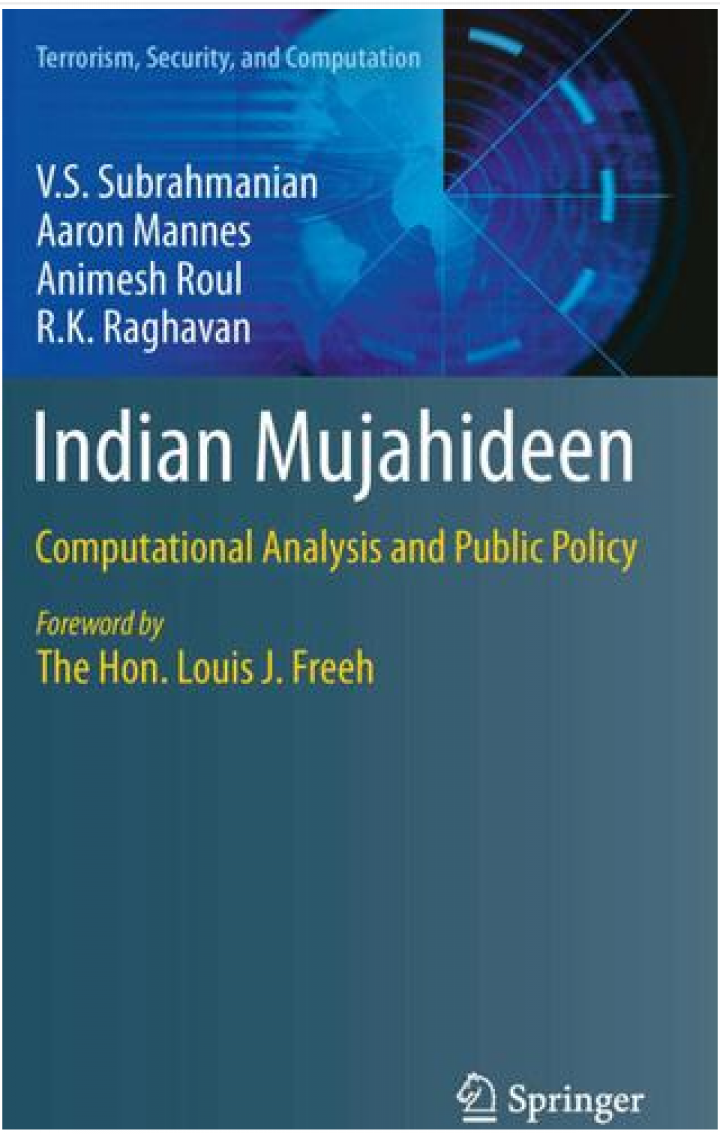 Computer Science Department Professor V.S. Subrahmanian has co-authored "Indian Mujahideen: Computational Analysis and Public Policy". This book presents the "Policy Computation Algorithm", a collection of policy analysis methods that utilize programming techniques which can be applied to counter-terrorism problems . This algorithm can be used to to predict terror attacks, such as those committed by the Indian Mujahideen terrorists, by analyzing data from text messages and social media posts.  The methods presented by  V.S. in  "Indian Mujahideen: Computational Analysis and Public Policy" have been praised by counter-terrorism experts in the U.S., Israel, and India, “This book presents a highly innovative computational approach to analyzing the strategic behavior of terrorist groups and formulating counter-terrorism policies. It would be very useful for international security analysts and policymakers,” said Uzi Arad, National Security Advisor to the Prime Minister of Israel and Head, Israel National Security Council (2009-2011). In his foreword to the book, Former Director of the FBI and U.S. Federal Judge Louis Freeh praises V.S. and his co-authors, "The writers have successfully revealed the inside workings of this dangerous terrorist group which is presently a major threat to the Country of India."

- Book review in The Hindu