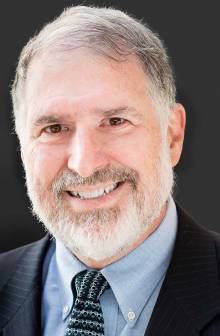 Glenn Ricart received his Ph.D. in Computer Science from the University of Maryland in 1980. In 1981, Ricart set up the first Internet Exchange point, the FIX (Federal Interned Exchange) in College Park, Maryland. This exchange point connected the original federal TCP/IP networks and the first U.S. commercial and non-commercial Internet networks. This interconnection was later extended to a Washington metropolitan area Ethernet called MAE-East. Between 1982 and 1993, Ricart spearheaded academic computing and networking at the University of Maryland, which became the first university to implement TCP/IP campus wide in 1984.

During his time at the University of Maryland in the mid-1980s, Ricart managed two teams: one which wrote the code for the first implementation of TCP/IP for the IBM PC and another that developed the “Open Shortest Path First” reference implementation, both of which were highly acclaimed.

Ricart has also held various senior manager positions in industry including Executive Vice President and CTO for Novell in the 1990s, Managing Director of PricewaterhouseCoopers, and CEO and President of National LambdaRail. He has also founded five startup companies, including US Ignite and CenterBeam, which was sold to Earthlink in 2013 after 14 years of independent operation.

Ricart has also served on the boards of three public companies, CACI, the SCO Organization, and the First USA Financial Services, in addition to various non-profits.