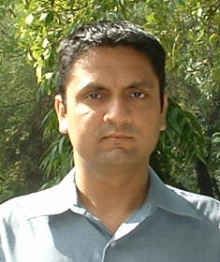 Dr. Deshpande's primary research area is Databases, and his research has spanned a spectrum of data management topics including query optimization, adaptive query processing, sensor network data management, scalable statistical modeling of data, uncertain data management, graph databases, and energy-efficient data management. His current research efforts focus on the challenges in managing and querying the inherently imprecise, incomplete, and uncertain data generated in environments like sensor networks, data streams, data integration, information extraction, and social networks. He has written over 50 research publications, and has received best paper awards at the VLDB 2004, EWSN 2008, and VLDB 2009 conferences. He received an NSF CAREER award in 2006. Dr. Deshpande has served as a program committee member for many conferences in databases and sensor networks, is on the editorial board for the Journal of Distributed and Parallel Databases, and has served on several NSF Review Panels. He also served as a Program Committee Vice-Chair for the IEEE International Conference on Data Mining (ICDM) in 2008 and IEEE International Conference on Data Engineering (ICDE) in 2011 and 2013.

Amol Deshpande, who will be joining our faculty this spring, co-authored the paper that received the best-paper award at VLDB 2004 (the 30th International Conference on Very Large Data Bases).