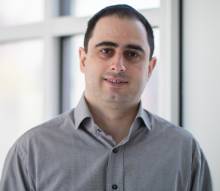 Dr. Hajiaghayi's research interests are algorithmic game theory and combinatorial auctions, network design, combinatorial optimizations and approximation algorithms, fixed-parameter algorithms, algorithmic graph theory, distributed and mobile computing, and computational geometry and embeddings. In the course of his professional career in these areas, he has published more than 110 papers in top conferences and journals of computer science, won a few best paper awards, and served in program committees or editorial boards of several well-known international conferences and journals. He has received an NSF CAREER Award in 2010, a Google Faculty Research Award in 2010, an ONR Young Investigator Award in 2011, and the University of Maryland Research and Scholarship Award (RASA) in 2011. He won best paper awards at the ACM Symposium on Parallelism in Algorithms and Architectures (SPAA) 2010, the International Symposium on Algorithms and Computation (ISAAC) 2006, and the Robocup 2001 Conference.