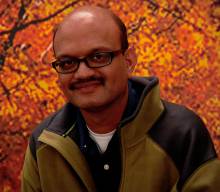 Aravind Srinivasan is a Professor with the Department of Computer Science and the Institute for Advanced Computer Studies at the University of Maryland, College Park. He received his undergraduate degree from the Indian Institute of Technology, Madras, and his Ph.D. from Cornell University, both in Computer Science. He was a postdoctoral researcher at the Institute for Advanced Study in Princeton and at DIMACS. He has also worked in industrial research, at Bell Labs.

Aravind Srinivasan's research interests are in randomized algorithms, networking, social networks, and combinatorial optimization, as well as in the growing confluence of algorithms, networks, and randomness, in fields including the social Web, public health, biology, and energy. He has published 90+ papers in these areas, in journals including Nature, Journal of the ACM, IEEE/ACM Transactions on Networking, and the SIAM Journal on Computing. He is an editor of three journals, and has served on the program committees of various conferences. His papers have been (co-)recipients of the Best Paper/Best Student Paper Awards at ACM STOC 1992, HiPC 2007, IEEE Socialcom 2011, and the Academy of Management Annual Meeting, 2012. He received an IBM Graduate Fellowship during his doctoral studies. He is a AAAS Fellow and an IEEE Fellow.