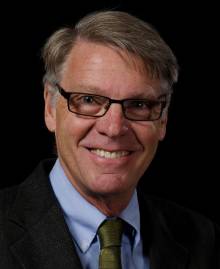 Charles (Chuck) Dyer received his Ph.D. from the University of Maryland in 1979 under the guidance of Professor Azriel Rosenfeld. His thesis was entitled "Augmented cellular automata for image analysis."  After graduating from Maryland, he spent three years at the University of Illinois at Chicago. Then in 1982, he became a faculty member at the University of Wisconsin Madison where he is a Professor of Computer Science, Biostatistics, and Medical Informatics. He served as chair of the department from 1990 to 1993.

Dyer is known for his research in the field of computer vision, in which he has worked for over thirty years and has published over 130 technical papers. His research has focused mainly on shape and image representations for computer vision, with contributions on topics such as quadtrees, aspect graphs, pyramid algorithms, image-based modeling and rendering, view morphing, object recognition, and motion analysis. He has advised eleven Ph.D. students, many of whom hold academic positions and have their own active research programs. His paper, "Photorealistic Scene Reconstruction by Voxel Coloring," which was co-authored by Steve Seitz and published in the International Journal of Computer Vision, is one of the most influential papers on 3D reconstruction from multiple images written in the past twenty years.

Professor Dyer is a Fellow of the IEEE (Institute of Electrical and Electronics Engineers) and the IAPR (International Association for Pattern Recognition), and was awarded the Visiting Fellowship at Exeter College, University of Oxford for 1999-2000. He was an associate editor of the IEEE Transactions on Pattern Analysis and Machine Intelligence, 1987-1991, Chair of the IEEE Computer Society Technical Committee on Pattern Analysis and Machine Intelligence, 2002-2003, and is a member of the Governing Board of the International Association for Pattern Recognition. Chuck lives in Madison, Wisconsin with his wife, Deb, and daughter, Allie. He enjoys running, bicycling, non-fiction reading, and traveling.